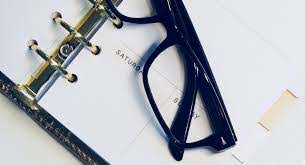 After announcing in early January that he planned to investigate the sluggish pace of proceedings at the Landlord and Tenant Board (LTB), Ontario Ombudsman Paul Dubé received nearly 500 additional complaints before the end of March. His newly released 2019-2020 annual report flags the LTB as one of the most common sources of concern addressed during the year, and cautions that COVID-19 is likely to further encumber adjudication timing.

“We were in close contact with the Landlord and Tenant Board as our investigation into delays continued, and noted that the suspension of eviction orders and hearings as of mid-March will likely impact the board once it resumes regular operations,” Dubé’s report states. “We also fielded many complaints and questions from people affected by this suspension.”

During the Ombudsman’s reporting period from April 1, 2019 to March 31, 2020, Tribunals Ontario — the overarching administrative body for 19 special issue tribunals under the auspices of the Ministry of the Attorney General — ranked as the fourth most prevalent of topic of complaint. Fully 74 per cent, or 779 of those 1,051 complaints were about the LTB.

Tribunals Ontario also emerged as the single provincial organization that provoked the most disgruntlement since the top-three topics of complaint — corrections, municipalities and children’s aid societies — related to a number of different facilities, administrators and/or public bodies in jurisdictions across Ontario. On its own, the LTB would rank as the sixth most frequently voiced topic of concern, just after the 832 complaints the Ombudsman received about the Family Responsibility Office and ahead of 754 complaints about the Ontario Disability Support Program.

Outlining the work of the in-progress LTB investigation, Dubé confirms his team is assessing required resources and “potential systemic factors, such as relevant legislation, training, funding and technology”. They’ll also look at the impact of the recently adopted Protecting Tenants and Strengthening Community Housing Act, which the Ontario government has promised will modernize and streamline dispute resolution.

The executive chair of Tribunals Ontario is underscoring the organization’s intention to cooperate. Sean Weir was appointed to the position last month, replacing the interim executive chair Karen Restoule, who has now been reassigned as acting associate chair of the LTB.

“I welcome the update on the ongoing investigation into Landlord and Tenant Board delays. I recognize the impact that service delays have on personal lives and businesses and our organization takes this issue seriously,” Weir asserts, in response to the Ombudsman’s report.

“Under (Restoule’s) guidance the LTB has been able to respond to the ongoing COVID-19 pandemic and continue proceedings for non-eviction matters through teleconference and written formats,” he adds. “I have confidence in her leadership and our staff’s dedication to continue to transform the LTB to be responsive to the needs of landlords and tenants and to provide fair and efficient dispute resolution services.”