Community pitches in to help landlords deal with ‘mess’ 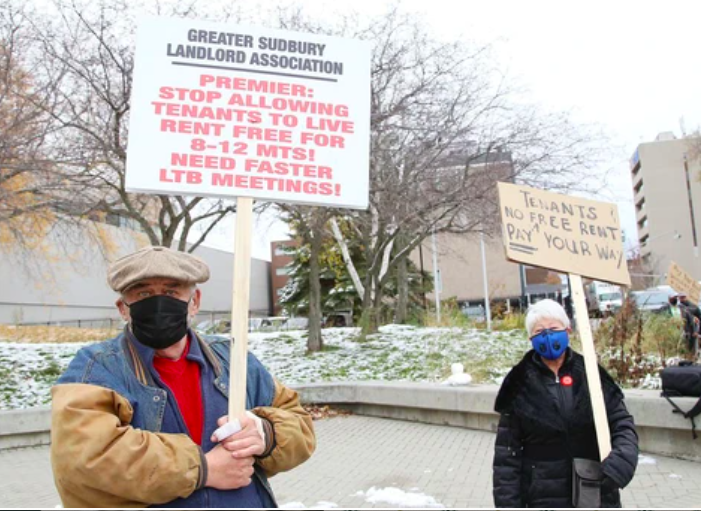 A GoFundMe page has been set up to help a Sudbury couple cover the cost of repairing their home after their former tenants caused more than $45,000 in damages.

The fundraiser was created after news surfaced that first-time landlords Merle and Carla Smith had endured a nightmare scenario after a young couple rented their four-bedroom home in Minnow Lake.

On top of the extensive damages to the home, the tenants also neglected to pay rent for a year, resulting in an income loss of over $15,000 for the retired Sudbury Star printer and his wife.

In a show of support, the community has rallied together to help the Smiths raise money for the necessary repairs and to cover the legal and administrative fees that were needed to evict the tenants.

“In plain and simple terms, (what happened) is wrong, malicious, and it is heartbreaking,” reads a description on the page. “No one, especially seniors on a fixed income, should ever have to deal with this sort of mess.”

There has been “an outpouring of support from many,” the campaign notes. “And we are all so very grateful for your kind words and offers to help.”

The Smiths rented out their home to a young couple about five years ago after Merle had suffered a heart attack that forced him and his wife to move into a smaller home with fewer stairs.

At first, the tenants seemed to be nice enough, and they reliably paid their rent for about two years – soon, however, the rent payments started coming in late, until one day they stopped altogether.

As the rent arrears and the damages to the home steadily piled up, the Smiths initiated the process to have the tenants evicted, but it was stalled by a backlog of cases at the Landlord and Tenant Board.

They finally got a hearing in November, and the tenants were evicted last week.

When the landlords were able to re-enter the home, they found smashed cupboards, punctured walls, and garbage strewn everywhere. A toilet was full of excrement, and the furnace is on the Fritz because an air vent got plugged.

“It’s a relief to get them out, except when you go over there and see what’s left,” Merle told The Sudbury Star.

“I’m Irish, and we never shed a tear, but I came home last night and cried for an hour because of what they’ve done to my home.”

An initial estimate pegged the damages in the range of $25,000 to $30,000, but after seeing the damage for themselves, the landlords now expect it to be much more.

The Smiths are pursuing legal action against the tenants with the goal of being compensated for both the damages and rent arrears. They are also looking into financing options to cover the cost of repairs for the time being.

“I’m going to have to see if I can borrow money now to fix up the house, but there’s so much damage that there is no equity in it,” said Merle.

“So, I’m looking at cancelling insurance and cashing in RRSPs to fix it.”

Anyone who wishes to donate to this cause can visit the GoFundMe page at tinyurl.com/y37x2w66.

ATTENTION ALL SUDBURY AND OUT OF TOWN LANDLORDS