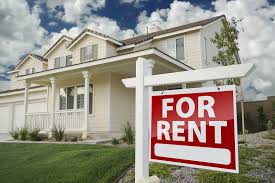 One landlord has waited 8 months for a hearing, while tenants haven’t paid rent

Smith rents out a house in Sudbury and since late February he’s been trying to evict his tenants, who he says stopped paying rent in January and have caused thousands of dollars in property damage. The months-long wait for a hearing date with the Landlord and Tenant Board has left him fed up and frustrated. On Tuesday, Smith and about 15 other Sudbury landlords plan to gather in front of city hall, in a protest organized by the Greater Sudbury Landlord Association. The landlords want to bring attention to their frustrations with bad tenants, as well as the long wait times for Landlord and Tenant Board hearings.  “What we decided to do is make ourselves more visible,” said association president Ray Goulet.

‘This goes on all the time’

When Smith started renting out his property nearly five years ago, it was his first time being a landlord. He says after his current experience, he’ll never rent to anyone again. After he stopped receiving rent payments, the cost of paying the mortgage for the house, along with taxes and insurance caused a lot of financial strain; it’s affected his health as well. “You don’t sleep when you think you could be losing your house. And I haven’t slept since, really, January,” Smith said. In June his doctor discovered heart problems and he says he underwent open-heart surgery in July.

“And I got a letter from my doctor … that says this is all brought on by stress,” Smith said. Goulet says Smith’s situation is a worst-case scenario and one of the worst he’s heard of, but he says the landlord’s frustrations are not unique. In his role with the landlord association, Goulet says he hears complaints from multiple landlords each week.He’s even aware of a number of tenants who are “repeat offenders.” “They go around from landlord to landlord, year after year. Establish themselves and then pay the first two months’ rent, and then they don’t pay rent after that. This goes on all the time,” Goulet said. Tensions may be rising. From mid-March to mid-September, Sudbury police began responding to more calls related to tenant and landlord disputes in the city’s downtown — with 26 calls during that time, compared with 11 in the same period in 2019.

In Ontario, disputes between landlords and tenants are resolved through the Landlord and Tenant Board, a provincial tribunal, but it can take months to schedule a hearing date — a problem even before the pandemic. The Landlord and Tenant Board is supposed to schedule a first hearing date within 25 days of an application for the most common rent disputes. In the 2018-19 fiscal year, it met that standard just 35 percent of the time.

Monique Laderoute, a Sudbury paralegal, says the board needs more staff than just adjudicators and says newly appointed adjudicators often need training before they are able to handle complex cases — meaning she expects delays to continue. “This is a system that is broken and they’re not being funded to repair,” Laderoute said.

Laderoute believes staff with the Landlord and Tenant Board are doing the best they can with their resources, but as the delays continue she says “many, many landlords are on the verge of losing everything.”

In March, the pandemic caused the Landlord and Tenant Board to suspend eviction hearings, except for what was deemed urgent matters — such as serious safety risks. The board began hearing non-urgent matters again in mid-August by video conference, phone, or in writing.

The virtual Landlord and Tenant Board hearings have been “a disaster” for tenants, many of whom don’t have a reliable phone or internet access, says Monique Woolnough, the executive director of the Sudbury Community Legal Clinic, which represents tenants with housing matters.

“You could lose your home in a five-minute telephone hearing while you’re on a payphone struggling to get yourselves heard,” Woolnough said. While she understands being a landlord is not always easy, Woolnough says the focus right now should be on addressing underlying causes of so-called “problem tenants,” including inadequate social assistance, lack of affordable housing and the opioid crisis.  “Essentially you’re pushing people onto the street and into shelters that are at capacity, which increases the risk of COVID-19 transmission,” she said.

“Making eviction possible in this context is only going to worsen things.” Woolnough is part of a campaign calling on the eviction moratorium to the reinstated in the province.